The Donna Reed Foundation is bringing the Rural Route Film Festival to the Donna Reed Theatre in Denison. The evening event will consists of 11 of this year's best short films dealing with rural people and places.

The screening features films ranging in length from 2.5 minutes to 20 minutes and cover a variety of topics.  They include a hunter who undertakes a journey to find a boy who goes missing in the snow-covered wilderness and is feared taken by wolves; a breathtaking flight over the Chilean Patagonian Andes in a small craft piloted by the filmmaker; a bear that finds refuge from a hunter with a pretty girl who lives in the woods; and an accomplished, self-taught guitarist who is also a street sweeper in the city of Norton.

The screenings will be at 7 p.m. on Friday, January 4, and Saturday, January 5. Tickets are $5 and are available through Tikly, by calling The Donna Reed Foundation at 712-263-3334, by e-mail at info@donnareed.org or at the door of the Donna Reed Theatre.

It’s a Wonderful Life: The Little Story That Did

“While shaving on the morning of February 28, 1938, a man named Philip got an idea for a short story. The whole thing came to him at once, from beginning to end. It was about the averted suicide of a desperate man named George, who, with a little help from a heavenly friend, finds out what would have happened had he not been born. Excited, Phil hocked his little fable to editors everywhere.

No one wanted it.

But Philip Van Doren Stern never gave up. He printed 200 copies of his 24-page mini-epic and gave them as Christmas gifts to friends, including his Hollywood agent, in 1943. In the parlance of Facebook, this is when it got “liked.” Big-time.”

This is the beginning of an article by Patrick Coffin in the National Review Online describing how an unwanted story eventually was named “America's Most Inspiring Movie” by the American Film Institute.

Read the full article.
Posted by JP at 8:04 AM No comments:

“It's a Wonderful Life” Gets Biggest Audience in Years

TV Guide reports that more than 5.5 million people tuned in to the holiday classic It's a Wonderful Life on NBC Christmas Eve, marking it the biggest audience for Frank Capra's 1946 film in seven years.

Bolstered by those numbers, NBC won Monday evening, with It's a Wonderful Life drawing 5.6 million viewers, its largest audience since 2005, and a 1.5 rating in the adults 18-to-49 demographic. It also makes it the most-watched theatrical movie to play on a broadcast network so far this season, according to Entertainment Weekly.

Read the entire article here.
Posted by JP at 3:10 PM No comments: 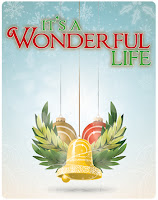 As the Christmas Holiday approaches, stage productions of It's A Wonderful Life and It's A Wonderful Life: A Live Radio Play gear up. So do theater screening of the Frank Capra classic movie. Now, over 65 years after it's premiere, two actresses from the film are finding themselves in demand.

Karolyn Grimes - Around 1980, the film started to flourish on television during the holidays thanks to a lapsed copyright, and as it found new generations of fans those fans found Karolyn Grimes. Grimes was cast as George and Mary Bailey's daughter, Zuzu. Today she does frequent appearances in connection with the film. Read an interview with her HERE.

Virginia Patton – Patton played Ruth Dakin Bailey, who marries Harry Bailey, the brother of George Bailey, the film's central figure. It is Ruth who pulls Harry from the family business, Bailey Building and Loan, further trapping the unhappy George there. Patton recently appeared at the Penn Theatre in Plymouth, Mich. in connection with the film. Read an interview with her HERE and HERE.
Posted by JP at 3:01 PM No comments: 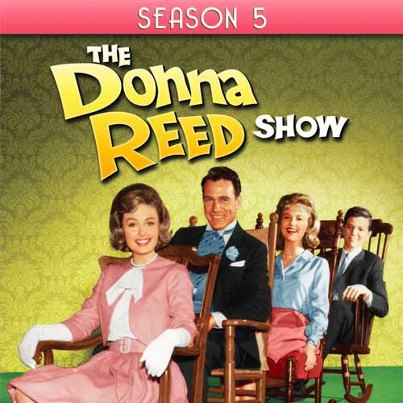 The set includes the hit songs My Dad by Paul Petersen and Big Star by Shelley Fabares!
Bonus features include:

More information at MPI Home Video
Posted by JP at 10:06 PM No comments: