It's why our workshop directors picked Summer Camp for our summer production. It's a fun-filled week designed to teach the basics of musical theatre to kids in grades K-8 who love singing, dancing and challenges. The workshop runs from June 16-20, 2014 and concludes with a performance for the public on Saturday, June 21.

We're continuing an opportunity started last year. Former students beyond grade 8 are invited to come back as volunteers to help stage the production. You don't even have to be a former student. ANYONE of ANY AGE can offer their assistance. Just contact the Foundation office.

Additional workshop information and tuition rates can be found by downloading our registration form or by calling 712.263.3334 or by stopping at the Donna Reed Foundation office, 1305 Broadway, Denison, IA.

Act One follows Hart's life's story from his youth as an impoverished child in the Bronx to his stint as the social director at resorts in the Catskills to his struggles to gain a foothold in the theater industry. The company of twenty-two actors plays multiple roles with Tony Shalhoub, Santino Fontana and Matthew Schechter playing Moss Hart at different stages of his life.

Fontana, who recently starred as the Prince in Broadway’s Cinderella, was previously seen Off-Broadway in The Sons of the Prophet and on Broadway in The Importance of Being Earnest, Brighton Beach Memoirs, Billy Elliot and Sunday in the Park with George.


Fontana was one of the three acting division finalists in the 2000 Donna Reed Performing Arts National Scholarship and received an honorable mention in musical theater. 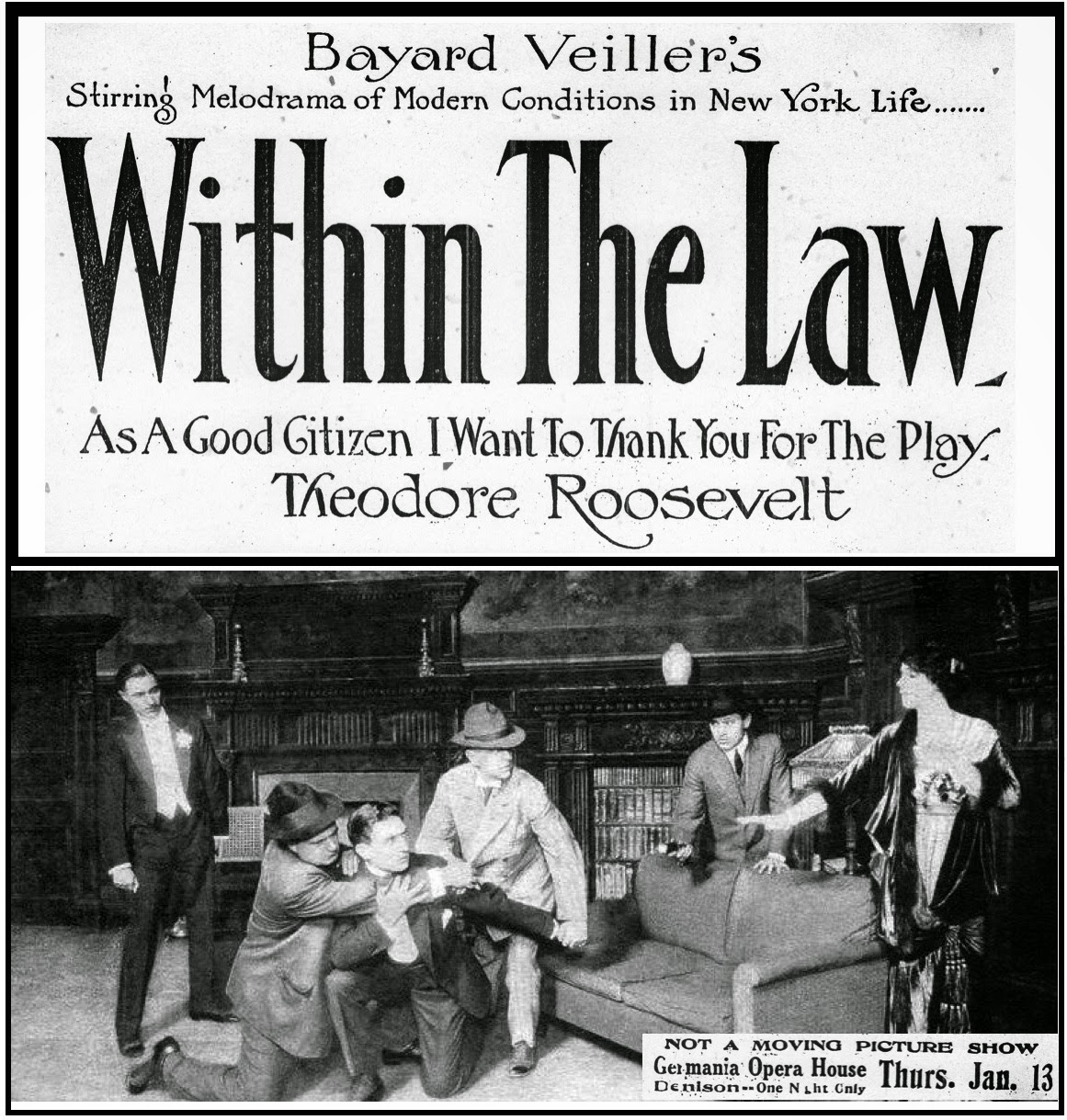 
Within the Law, the story of a woman falsely imprisoned by her employer for a crime she didn’t commit and how she seeks her revenge, was the hottest show on both the Broadway and London stages back in 1914. It ran for a total of 541 performances.

On January 13, 1917, the play was performed on the new Germania Opera House stage in Denison by a traveling troupe. A printed flyer for that show was found in the theater archives, but the details of how the play wound up being performed in Denison so soon after its successful run on Broadway remains a mystery.

And now, nearly 100 years later, The Donna Reed Foundation’s American Icon Series will repeat history by bringing back a production of Within The Law to celebrate the 100th birthday of the theater building. A cast of local actors has been assembled to re-enact the play.

“The play is very unique,” said the play’s director Pat Fleshner, “because at that time in our history, women were still fighting for the right to vote. It was unusual for a play to be built around a woman as well as include serious issues that women faced.”

Within The Law will be performed live on the stage at the Donna Reed Theater in Downtown Denison on April 11, 12 & 13, 2014. The Friday and Saturday night performances will start at 7 p.m. and the Sunday performance will begin at 2 p.m. Tickets are $10 for adults and $5 for students.

You can be part of history, and the celebration, by ordering your reserved seat tickets through the Donna Reed Foundation at 712-263-3334, or via email at info@donnareed.org.