We're less than a week away from NBC's epic presentation of Jesus Christ Superstar Live in Concert. The Easter Sunday concert staging of the Broadway hit will feature a star-packed cast led by John Legend, Sara Bareilles and Alice Cooper. Two-time Tony nominee Brandon Victor Dixon will lend his strong vocals to the powerful role of Judas, singing Andrew Lloyd Webber and Tim Rice's showstopping "Superstar." NBC has offered up a sneak peek of Dixon's take on the rollicking number, backed by the super-talented Choir! Choir! Choir! Watch below and don't forget to tune in on April 1. 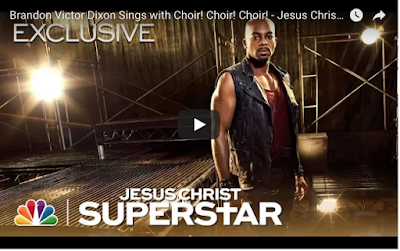 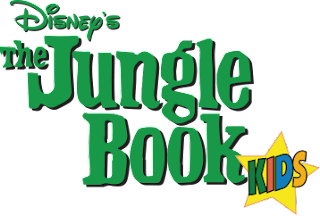 
It's a fun-filled week designed to teach the basics of musical theater to kids in grades K-8 who love singing, dancing and challenges. All events will take place at the high school, 819 North 16th St in Denison, IA. This year's production is the popular The Jungle Book KIDS.

Since its meager beginning in 2004, the workshop has developed a strong tradition of educational fun for all involved. This year’s workshop will be under the direction of Laurel Olsen, a language arts instruction at Denison Community High School. She has been producing/directing plays and musicals in Denison for the past 15 years, including the community musicals Annie, Shrek, and The Wizard of Oz. She has also taught dance, judged speech and theatre competitions, and served as technical director and choreographer for past Children’s Musical Theatre Workshops sponsored by The Donna Reed Foundation.

Even local grandparents have discovered a wonderful benefit of the workshop. It’s an opportunity to spend a week of quality time with their grandchildren by inviting them for a visit and enrolling them in the workshop.

"For the People" with Ben Rappaport premieres Tuesday, March 13 on ABC

Set in the United States District Court for the Southern District of New York (a.k.a. "The Mother Court"), the new Shondaland series For The People follows six talented young lawyers working on opposite sides of the law and handling the most high-profile and high-stakes federal cases in the country.

These young lawyers will be put to the test both personally and professionally as their lives intersect in and out of America's most prestigious trial court.

Rappaport previously played the role of Todd Dempsy in the NBC sitcom Outsourced, which aired during the 2010–11 television season. The series marked Rappaport's debut acting role on screen.

Read the press release
Posted by JP at 8:37 AM No comments:

A funny thing happened when De'Lon Grant went to his seventh callback for "Hamilton." The Duluth-bred actor landed his first role on Broadway — but in a different Tony Award-winning musical.
Grant plays Bob and others in "Come from Away," a contemporary piece based on real events in Gander, Newfoundland, in the days following the Sept. 11, 2001, terrorist attacks. He replaces original cast member Rodney Hicks, who was diagnosed with spasmodic dysphonia — a neurological disorder that has made it impossible for the performer to continue as a professional stage singer.


Grant spent the past few years in a touring production of "Jersey Boys," and last fall settled into Boston for a production of "The Scottsboro Boys," where he played leader Haywood Patterson.

Read the full article.
Posted by JP at 12:06 PM No comments: