"An Evening With Mark Twain" Comes to Denison, IA

One of America’s most beloved storytellers, Mark Twain, comes to the Donna Reed Theater in Denison, Iowa at 7 p.m. on Saturday, March 12th, in the person of JimWaddell from Hannibal, Missouri.

Waddell has portrayed Twain for over 30 years in the author’s boyhood hometown, weaving yarns first spun by the creator of some of our most treasured literature.

“We are truly fortunate to have Mr. Waddell in Denison to portray Mark Twain,” said Tim Tracy, coordinator of the Donna Reed Foundation’s “American Icon Series. “To see his show you would have to travel to the Mark Twain Cave's, Cave Hollow Complex in Hannibal, Missouri where he performs daily. This will be a rare performance for Jim outside of Hannibal.” 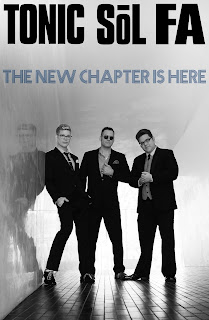 Talented a cappella group will appear at Donna Reed Theatre

TonicSol Fa, a popular Minnesota-based a cappella group, will appear at the Donna Reed Theatre in Denison, Ia on Friday, April 8 for a 7:30 performance. Postponed from Friday, March 4.