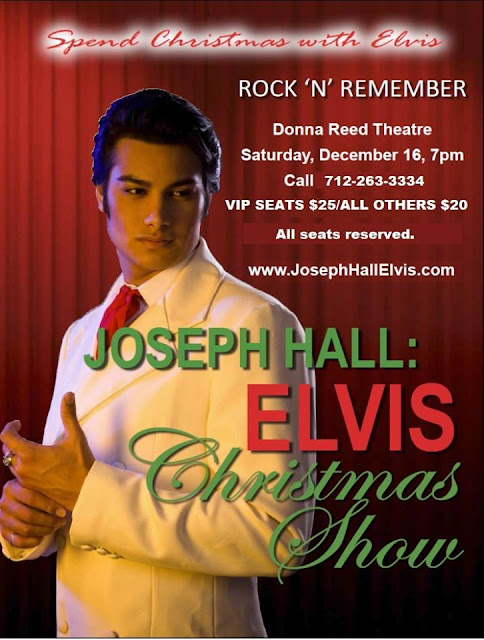 On Saturday, October 28, the public is invited to a free screening of short independent horror films at the Donna Reed Theater. The free event will be headlined by the short film “Gray Matter,” which was shot in Charter Oak and Denison during October.


The film features Charter Oak resident Terri Meadows, Vail native Ryan Gangestad and Denison resident Michael Phipps. The horror film is about a woman (Meadows) who checks on a neighbor and soon finds herself in a life-threatening situation.


The program begins at 7 p.m. Saturday and will run about an hour. Admission is free and concessions will be available for purchase. Free-will donations to the Donna Reed Foundation will be accepted.


Audience members are encouraged to wear Halloween costumes to the event.
Read the entire Denison Bulletin article here.
Posted by JP at 10:39 PM No comments: