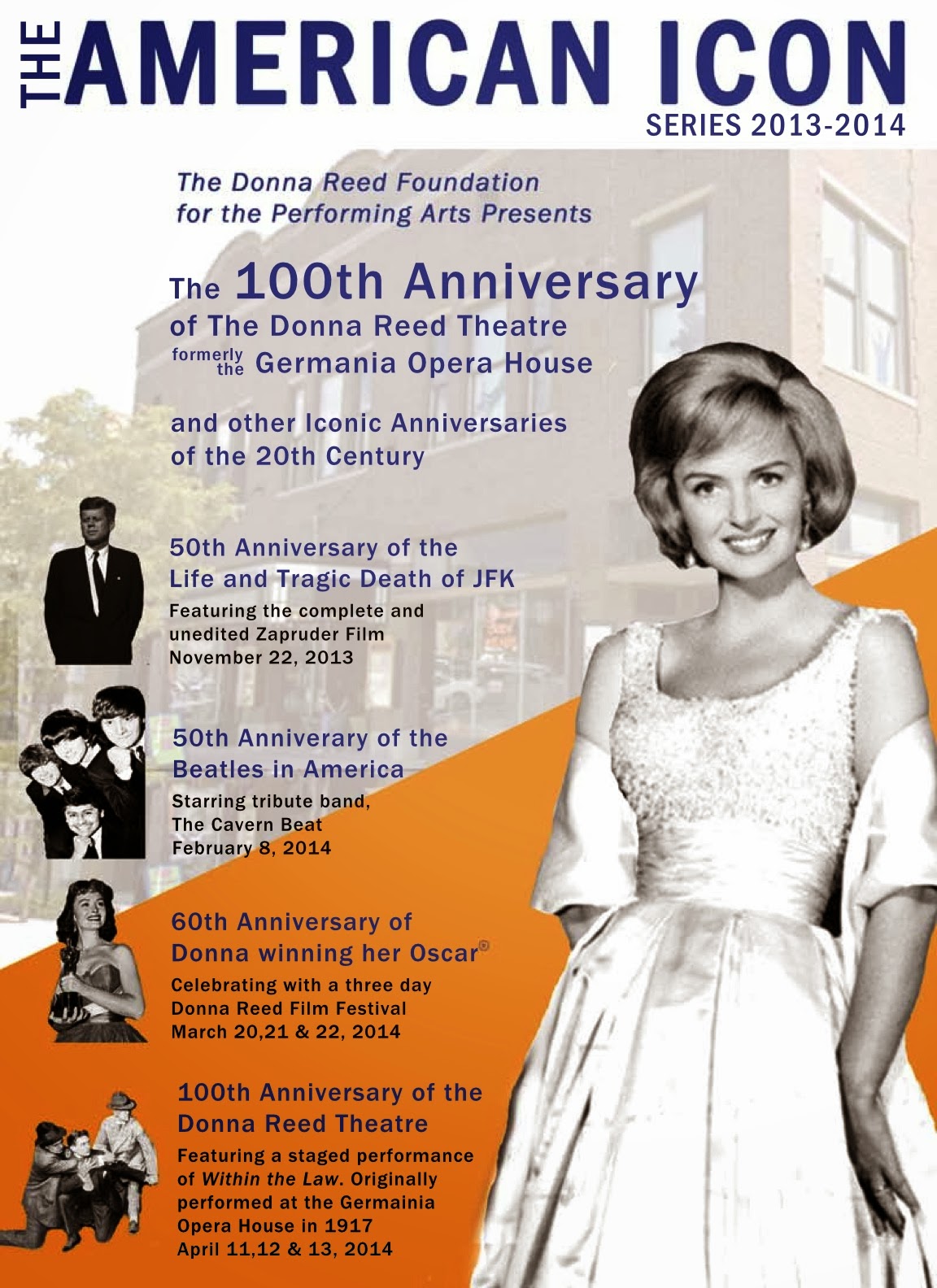 The Donna Reed Foundation for the Performing Arts presents its new "American Icon Series" featuring five special events from November, 2013 to April, 2014. The performances include a live concert, a historical documentary, two unique stage plays, and film screenings - all commemorating historic anniversaries impacting local and national histories over the past century.

Each performance will begin at 7 p.m. at the Donna Reed Theater, 1305 Broadway, in downtown Denison, Iowa, home of The Donna Reed Foundation and Museum.

Tickets can be obtained by calling The Donna Reed Foundation at 712-263-3334 or by e-mail at info@donnareed.org.