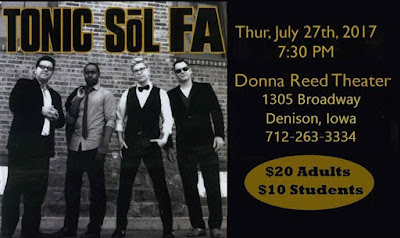 A cappella group will appear at Donna Reed Theatre

Tonic Sol Fa, a popular Minnesota-based a cappella group, will appear at the Donna Reed Theatre in Denison, Iowa on July 27 for a 7:30 performance.